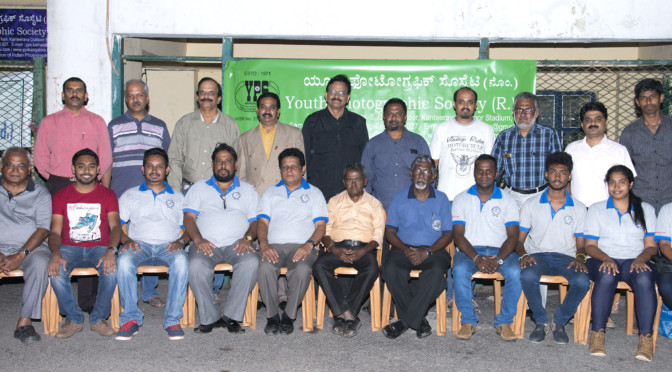 The NAPSL team was led by Mr. Wimal Amaratunge, Executive Director and Mr. Chandrasena Perera, Director. The YPS Executive Committee met with the NAPSL team at Hotel Chalukya for a Coffee before proceeding to YPS Hall for a meeting with members.

and with the members

before starting the meeting with the members.

Apart from the YPS Executive Committee around 25 members of YPS participated in the meeting. It was nice to have senior members like Mr. Hebbar amidst the participants. 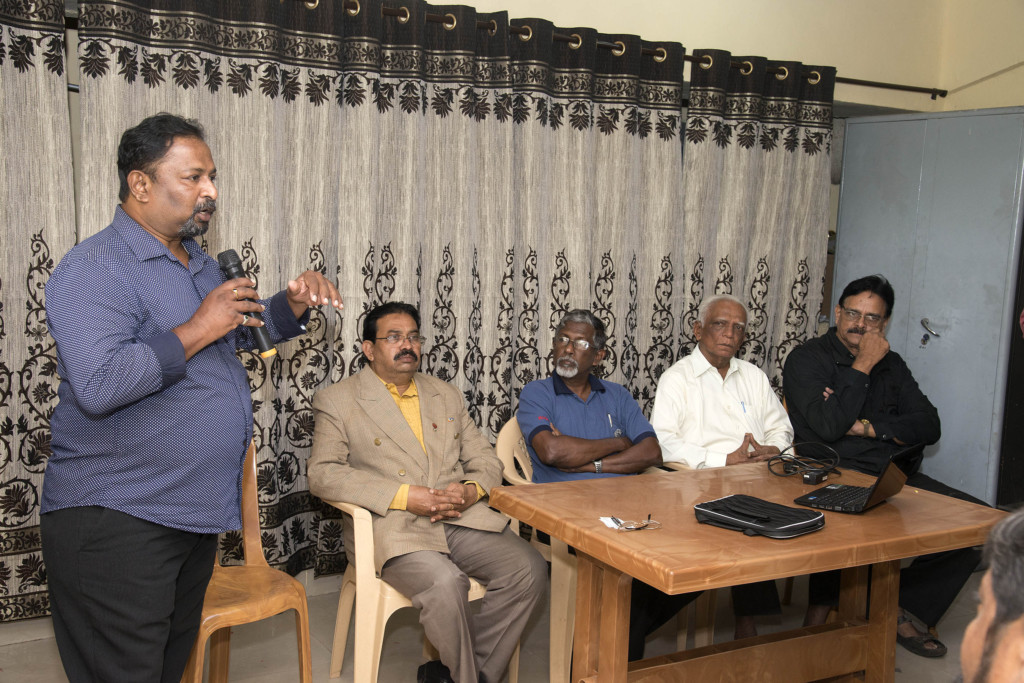 Mr. Satish then spoke about the 45 years of histroy and achievements by YPS and its members. 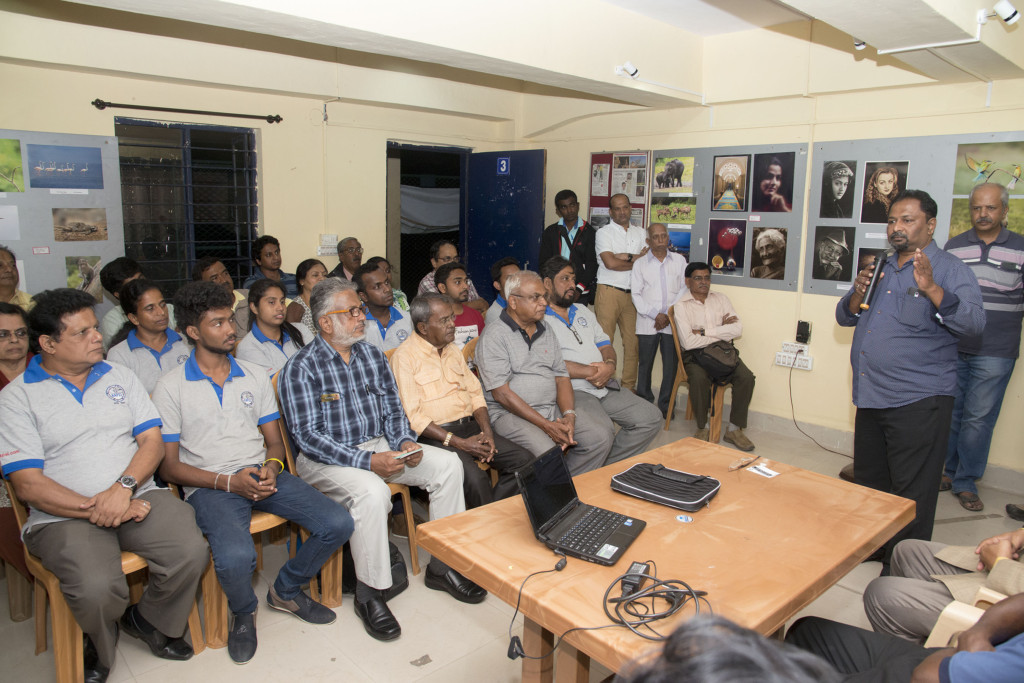 He then requested Mr. Wimal to speak about NAPSL and introduced the delegates. 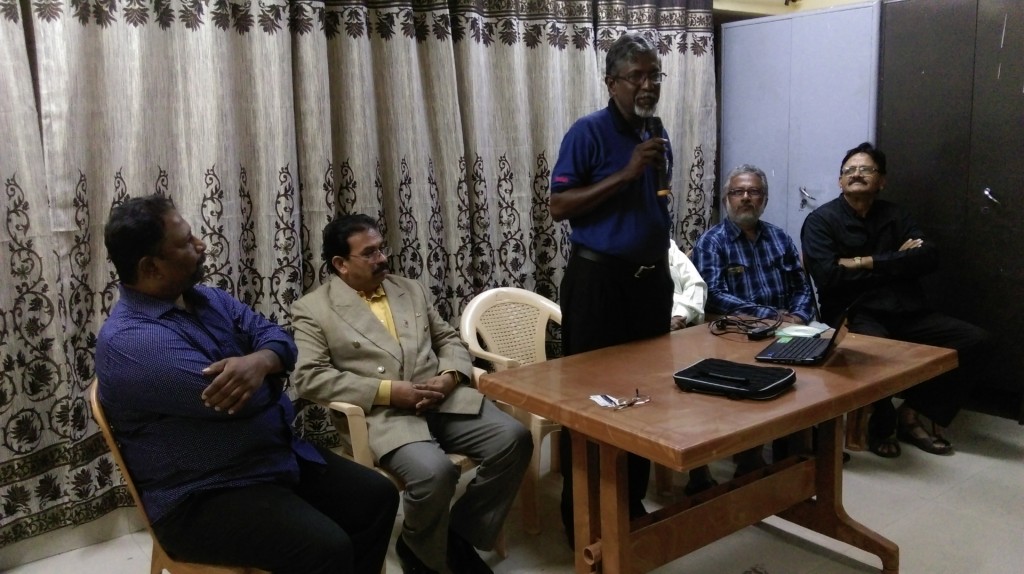 Mr. Wimal nicely showed the entire history of NAPSL in series of pictures taken since its inception in 1980. NAPSL had many firsts among other societies in Sri Lanka including the first all color Exhibition and International Salon held jointly with Royal Photographic Society and other international federations.

He then ran a slideshow of pictures taken by him, Mr. Chandrasena Perera, senior member of NAPSL and some of the other delegates.

This was followed by felicitation of NAPSL by YPS 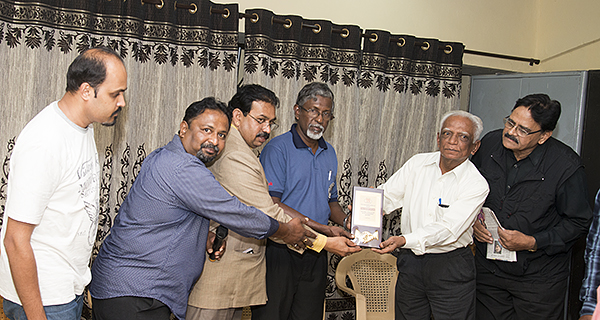 and felicitation of YPS by NAPSL. 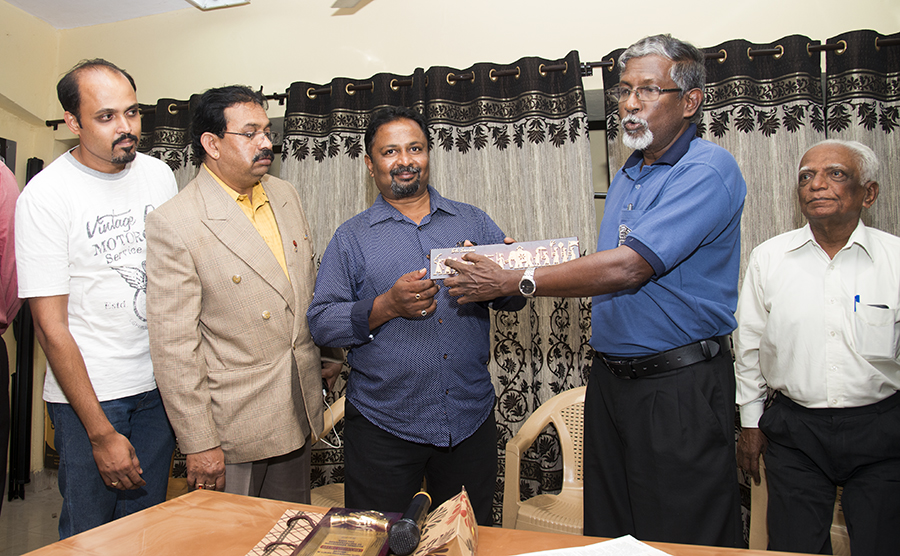 There was a Question and Answer session. Mr. Kashinath, Life Member and past President of YPS, spoke about his 25 years of association with NAPSL and explained the right time for visiting Sri Lanka.

After the meeting, the NAPSL and YPS members were networking for some more time, late into the night before calling it a day.