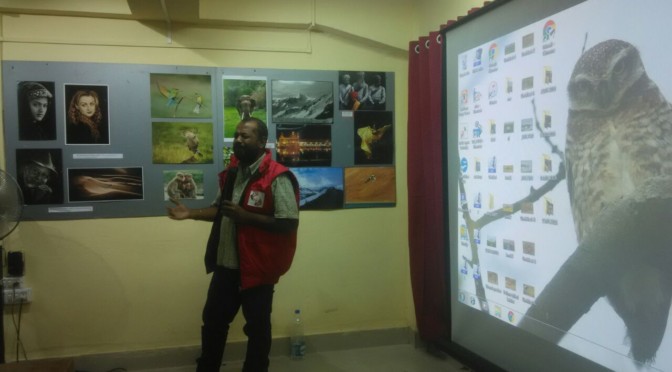 Shri.K.Murali Kumar gave a presentation about Photo-journalism at YPS on 16.07.2016. He showcased some of his works and gave insights into the world of Photojournalism. 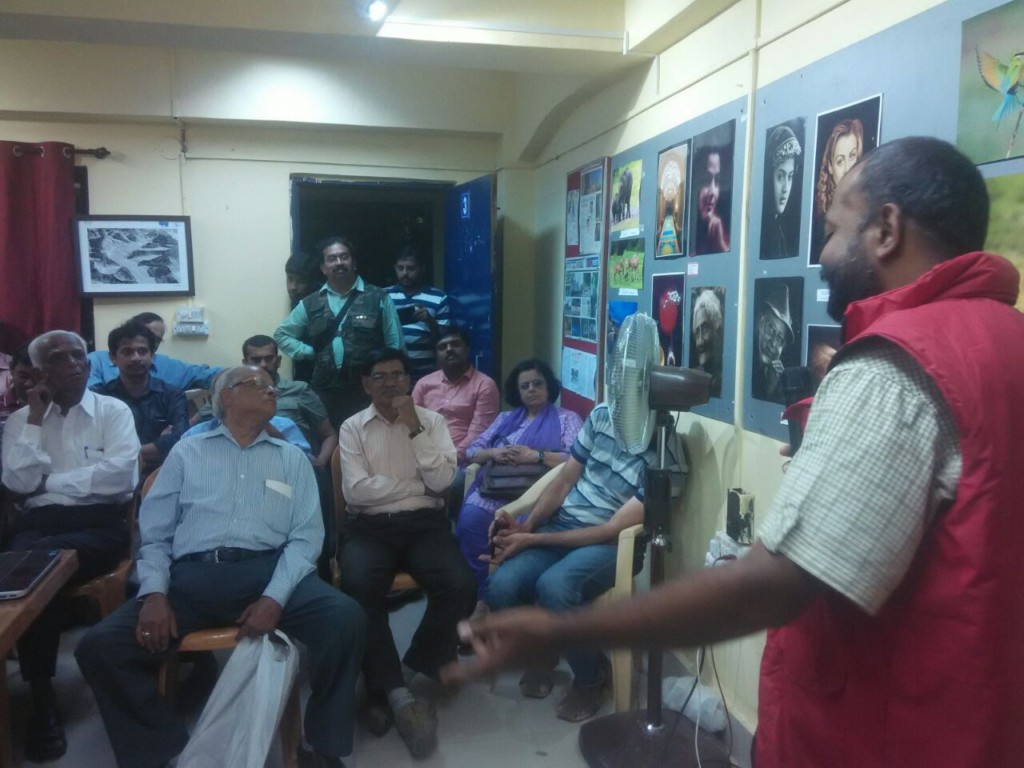 Here is a brief summary of his words of wisdom coming out of his rich experience of creating story-telling images at THE HINDU for the last 19 years.
He started the show with his picture of lightning captured along with the landmark of Bangalore, the Vidhana Soudha to show how responsive a photojournalist has to be to capture the moment as it happens.
He explained the aspects of photo-journalism with his next set of pictures portraying the requirements a picture needs to qualify for publishing. He stressed that the story telling value of the picture is important to journalism and opined that composition, lighting, rule of 1/3 etc. need not be followed strictly. He explained as to how he cannot wait for light to capture an important moment which can get published. He said that a moment missed is missed forever and there is no way to bring it back. 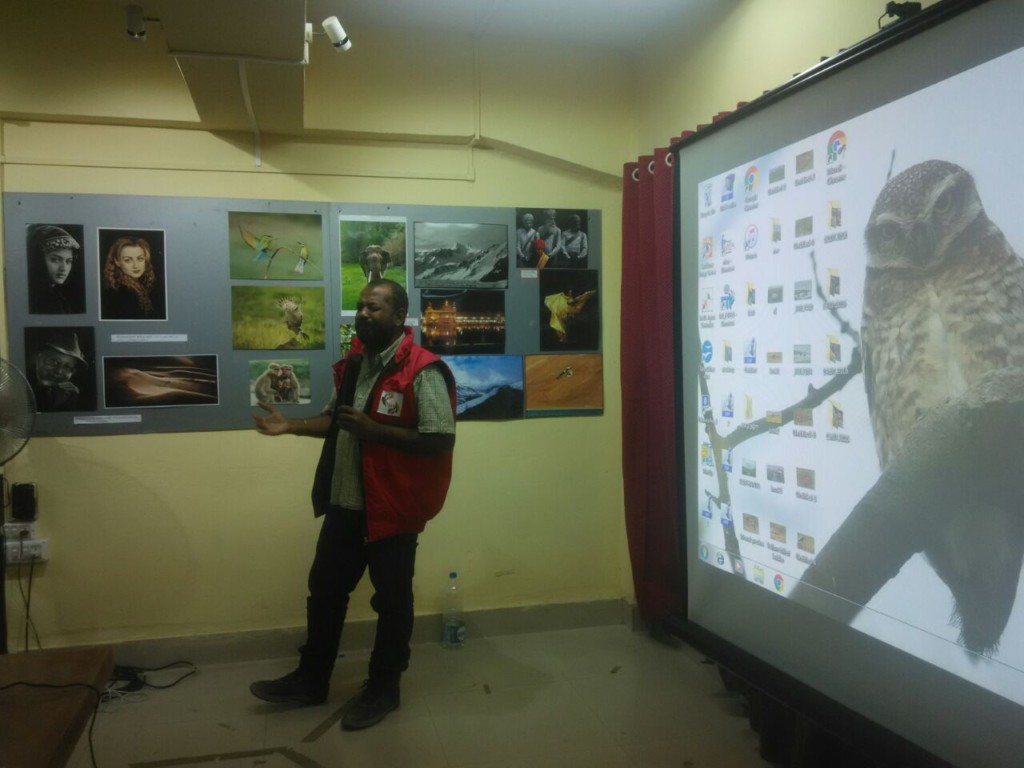 In his next example, he showed a “spectacular” close-up picture of Karnataka Ex-Chief Minister Shri. S.M.Krishna showing his supporters standing in front of him as a reflection on Shri Krishna’s spectacles. He explained that to tell a story it is not necessary to always cover the entire scene and to make a differentiation even the journalist photographer need to keep looking for creative ways to convey the story with a visual impact.
He stressed that picture manipulation is absolutely forbidden in photojournalism. To convey the story as seen to the public and to maintain credibility and to avoid legal issues the picture should never be manipulated. The maximum processing that he does is to crop and to make contrast adjustments before providing the picture to his editor.
On the question of equipment required for photojournalism, he explained that any equipment can be used effectively to make a picture and that even a picture taken in a cell phone can be used. However, he made it clear that one should have good knowledge about the given lighting condition and the setting to be made on his camera quickly while taking pictures in a given situation.
He then showcased some of his pictures taken from stage shows, sports events and other performances. He reiterated that one has to be very quick and need to have a fair knowledge about the event he is covering. He gave an example that in a sporting event, say badminton, in which we will not know who will win, the photographer must capture moments from both sides continuously so that he will have something to present about the winner apart from the award ceremony.
With regard to covering of highly tense public events like riots he explained how difficult it is to cover such situations. He presented some of his fantastic pictures captured during recent incident of burning of buses in Peenya, Bengaluru. Participants were awe struck with the moments captured by him in that tense situation, where he faced the danger of getting bashed up, which happened to some TV station crew members. He showed how a photojournalist, despite the danger and risk to life, cannot go back empty handed to his editor. 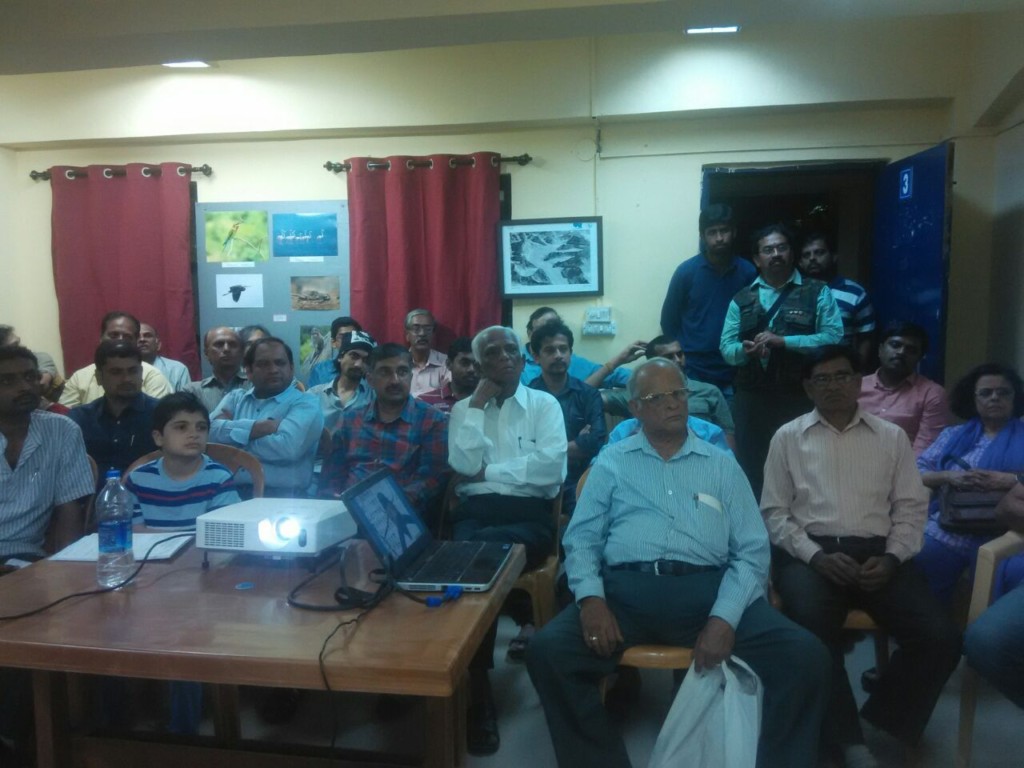 However, he impressed that one has to approach the place of action with great caution to be successful in capturing right moments. He explained this aspect with a picture where a photographer, in his enthusiasm to get the best picture, got his equipment damaged while covering a metro tunnel project, while Mr. Kumar was successful in capturing the moment by exercising some anticipation and caution.
He presented a historical picture of metro train making its first run in Bengaluru on a Sunday evening depicting the changing face of our city. He explained the preparation one has to make to capture such events which is known in advance for which he had waited for three
days continuously. The importance of choosing an appropriate location to shoot the scene visualised by him was well appreciated by the crowd. There was good interaction for more than 20 minutes about the making of that picture.
During the interaction he also made it clear that every media house applies certain guidelines about the type of pictures they will publish in the magazine based on the target audience. Since newspapers have viewership of people of all ages, only pictures that a viewer would like seeing early morning with his cup of coffee, from children to senior citizens, would be selected for publication.
Finally before concluding, he presented some of his pictures of sports events that he covered and explained the nitty-gritty of shooting a sporting event and the preparation required to get some worthy pictures.
He was open to questions from the members and took up every single question posed to him and gave appropriate answers to each one of them. The event concluded with presenting of memento by Mr. M S Hebbar to Mr. Murali Kumar. 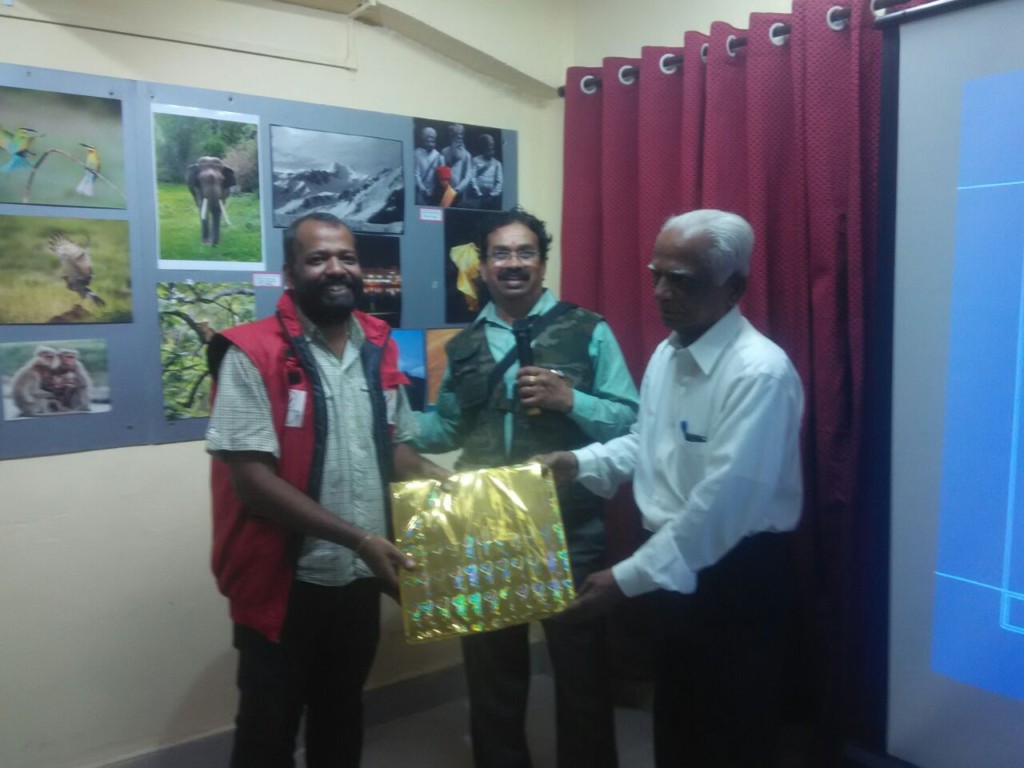 Here is another great YPS Meet attended with rapt attention by all the participants till the end. Many thanks to all the 40+ members who attended who made this event memorable.