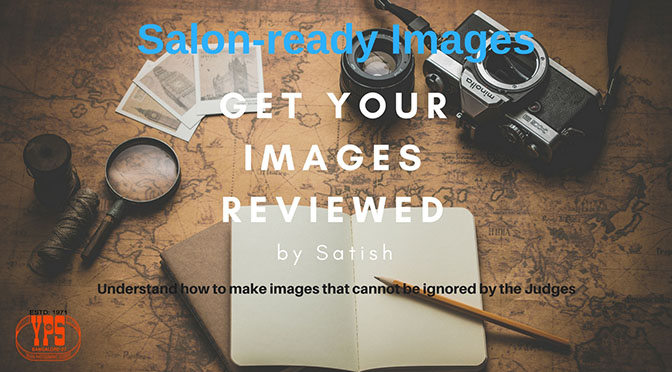 It was another session of great learning, with opportunity to listen from Satish, President YPS on how to select your pictures fror Salon participation. The session was attended by around 30 people.The session started, as always, with review of images from many participants including Mr. Rajasimha, Ms. Krupa, Mr. Dheeraj and Ms. Prema to name a few. This time the focus was to provide feedback from the eyes of Salon Judges to understand the chances of the picture getting acceptance or award.

This was followed by Satish sharing some of his recent pictures that have worn awards and acceptances in Indian and International Salons. In the process, a whole lot of points were discussed. Here are a few of them.

The session ended at 9 PM. As is the case with every Open House the learning from the discussions was immense.