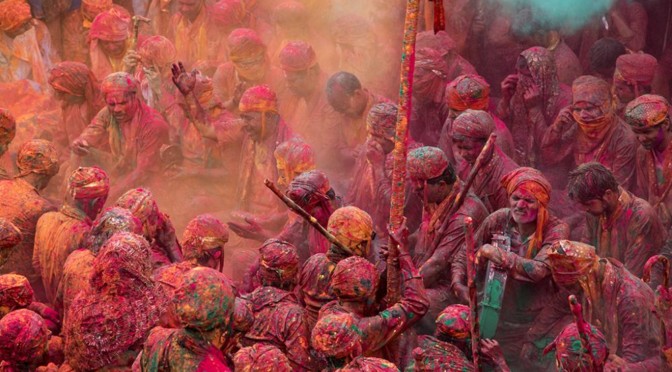 On January 20th, 2018 YPS members had a wonderful opportunity of traveling places with Shri. Shankar Subramanian, a well known travel photographer who travels worldwide to make story telling images. The session began with Shri.Chandrashekar, Treasurer, YPS welcoming the audience and presenting Shri.Shankar Subramanian with his wonderful images and stories of travel.

Shri. Shankar opened his presentation with a question to the audience, as what it takes for a picture to qualify as a Travel Photo. After a very interesting interaction with the audience, he explained the concept of Travel Photography in detail show-casing some of his images captured over the years. The images he showcased were captured throughout the length and breadth of India, as well as various countries worldwide like Srilanka, Thailand and many others. The collection of his pictures shot included pictures depicting celebration of Holi at Mathura, picturesque places of Ladakh, Assam, Kashmir, inside Pushkar Camel Fair, Bhutan, Bali and Kumbh Mela. He explained that a picture which can convey or indicate the importance of a place, unique festival celebration or any other event happening at any place or human emotion attached to any of these can make a Travel Photo. As an example, he exhibited some pictures of dance performed during Nagaland Tribal Festival, captured with slow shutter speed to indicate the dance movements, an image of Holi celebration with vibrant colours and rituals performed during the celebration. Every image he showcased had a story behind and his narration held the audience in rapt attention, and every moment of the show was thoroughly enjoyed by the 40 odd members present.

Shri. Shankar gave some valuable tips as to how one should prepare before undertaking any travel, especially for photography purposes. The points he made with regard to the camera gear one has to carry, cloths to be worn, footwear etc. accompanied with proper reasoning as to how it contributes to capture some good images was real eye opener for a person who wants to venture into the genre of Travel Photography. One of the most important aspect he impressed upon everyone to follow was that, a photographer has to do lot of talking with the people around, to know what is happening around, importance or reason of the happening etc. This he said will help in one being at the right place at the right moment, which will result in making some wonderful and meaningful pictures, instead of simply doing parachute photography without understanding the story behind. This was well demonstrated with his set of pictures captured at various places and events. He gave out some excellent tips on making a good travelogue using right kind of pictures, which can create interest and capture the attention of the viewer at the very first sight, and then unfold the story with good set of pictures. He ended the session a small video clip which carried all the points he gave out during his talk.

The session was well summarized by Shri.Madhusudana Rao with some interesting questions to the audience, as to what was that one thing which they learnt from the presentation of Shri. Shankar. The response from the audience was very encouraging to know that they have got to learn few important aspects of Travel Photography, which ultimately serves the purpose of the presentation and makes it a successful one. YPS extended its sincere thanks to Shri. Shankar Subramanian for giving an enlightening presentation by giving a small momento. It was very evident from the reaction of the audience that the presentation was a real learning experience and felt happy that they attended the program.  YPS undertakes to have such resourceful sessions on various other genre and aspects of photography in the coming days as well.