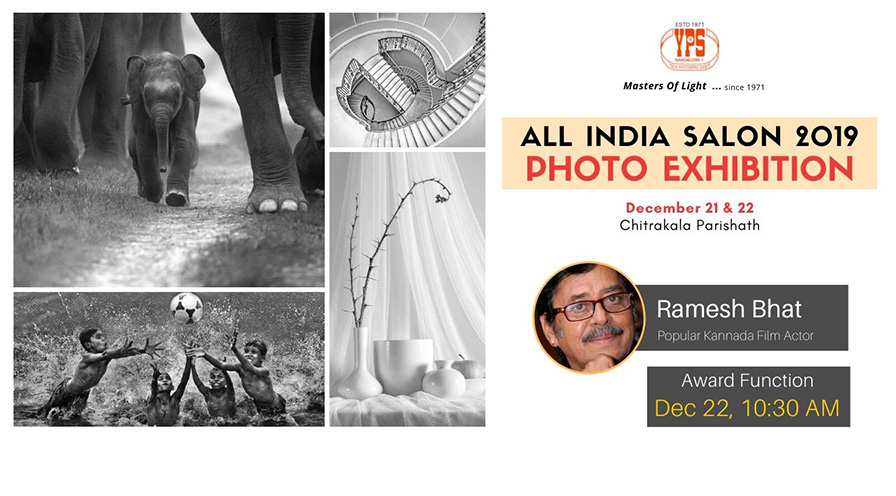 Youth Photographic Society is pleased to welcome you all to the YPS All India Salon 2019 Salon Exhibition at Chitrakala Parishath on December 21, Saturday and December 22, Sunday. The Exhibition will display the Award Winning images in print and all Accepted Images will be exhibited as a slideshow. You can see the winning images on YPS Salon website.

The Award Function of the Salon will be held on December 22nd, Sunday and will start at 10:30 AM. The Chief Guest for the Award function is the popular Kannada Film Actor, Shri. Ramesh Bhat.

Please join us with friends and relatives. 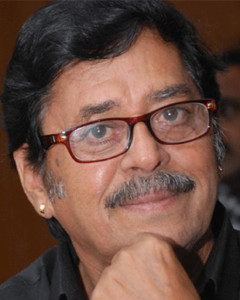 42 Years of glorious career as a film actor / director / theatre personality with more than 500 films to his credit.

Shri. Ramesh Bhat has carved a special place for himself in the hearts of the Kannada filmgoer, playing various character roles over the last 42 years with admirable aplomb.

He started his career in 1974 with the movie ‘Abachurina Post Office’ by N. Lakshminarayan which was based on a story by Poornachandra Tejasvi. He has acted in over 500 movies and has worked with theatre groups like Spandana, Nataranga, and Benaka. Working in theatre brought him closer to Shankar Nag, resulting in several plays and films and TV series. He was the assistant director for the television series Malgudi Days, that was made in both Hindi and English languages, based on the stories by R.K Narayan.  He has also directed the serial ‘Mechanic Mudda’ that was relayed on Bangalore DD as well as the movie Parameshi Prema Prasanga, which was nominated for the National Awards in 1983.

Ramesh Bhat is just as simple and self-effacing in real-life as in the many roles that he has played. The fact that he was able to carve a niche for himself as a character actor when many stalwarts ruled the Kannada screen in the 1970s and ‘80s speaks volumes of the actor’s abilities. For many, memories of his roles in 25-year-old films, and as the ‘Crazy Colonel’ in a popular TV serial of the ‘80s are still fresh.

He has been honoured with several awards including