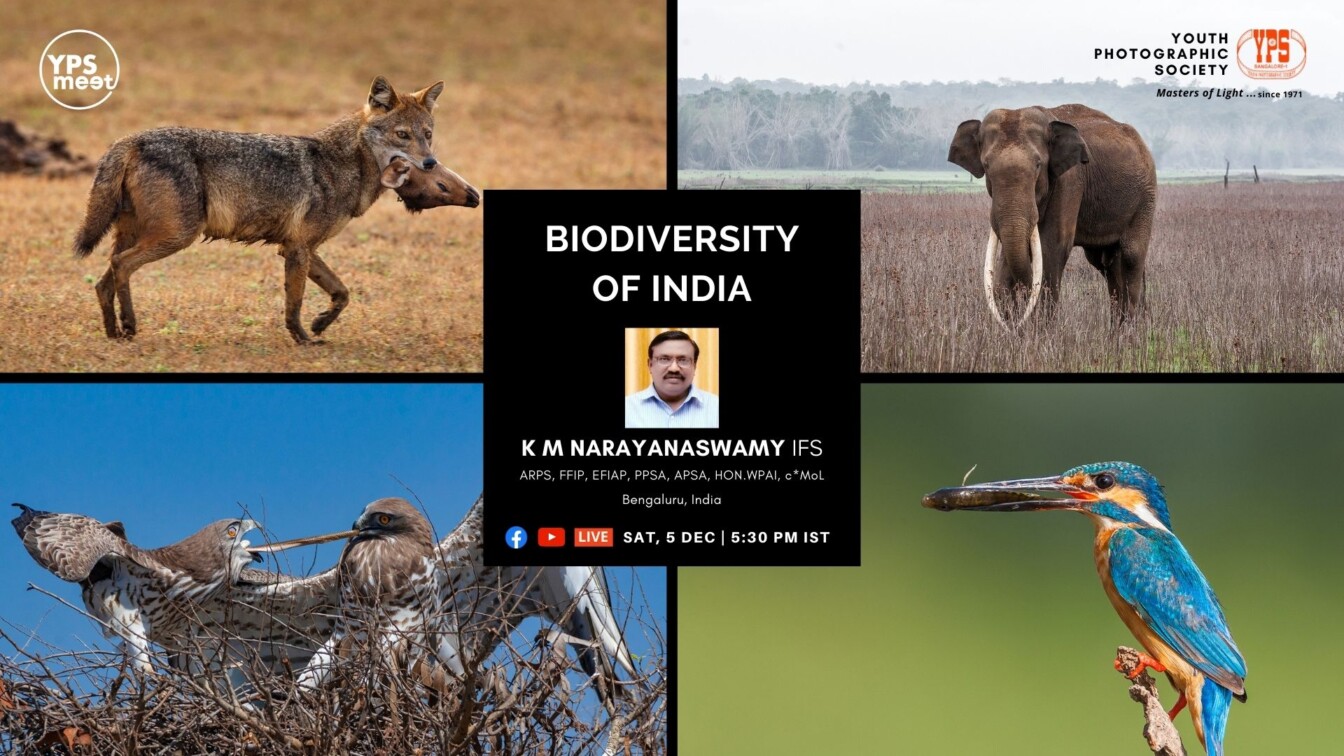 India is not only culturally rich but is a mega-biodiversity hotspot of the globe.  The two hotspots of biodiversity in India are North-Eastern forest region and the Western Ghat forests.

The Western ghat forests include mainly the forests of Karnataka, apart from a little portion of Maharashtra, Kerala and Tamilnadu.

Mr Narayanaswamy K M, an Indian Forest Service Officer and passionate photographer will be showcasing the diverse species photographed throughout his 30 year association with the Indian forests. 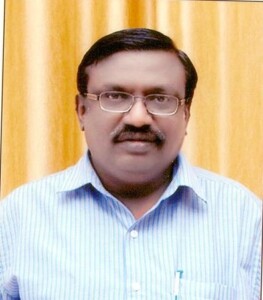 A postgraduate of MSc in biochemistry from the 1982 batch in Central College, Bangalore he got a postgraduate diploma in personnel management and an MBA as well.  He has had a 6 years experience in Watershed Development Programme.  For 2 years he worked as Chief Executive Officer, ZP, Chitradurga.  He has had a long stint of 30 years in the Forest Department.

As a forest official, he has visited many tiger reserves and has extensively studied the habitat and behaviour of tigers and other carnivorous animals, especially in the 3 tiger reserves of Karnataka, viz: Nagarahole, Bandipur and BRT (Biligiri Rangaswamy Temple Tiger Reserve)

His first picture of three tiger cubs in a den at BRT in the year 2000 has won many awards.  He has been a part of several FIAP Biennial and has won many awards.  In 2018 in the FIAP Biennial, he won the Gold Cup for his picture ‘Jackal carrying Cheetal’s head.  This picture has won more than 100 gold medals.  He also has earned more than 4000 acceptances in international salons.

Journey as a photographer: