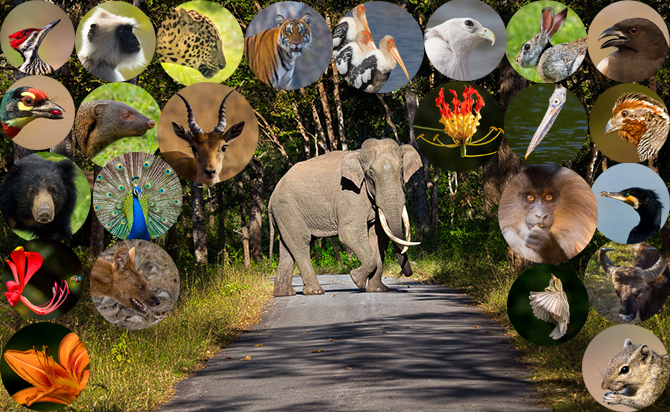 YPS is pleased to announce Special Event on October 2,  Sunday at 4:00PM at Venkatappa Art Gallery to celebrate Wildlife Week.During the event, YPS will be honouring several veterans of Wildlife Photography. This will be followed by a Wildlife Slideshow by Sri M N Jayakumar, an Eminent Wildlife Photographer. Chief Guest for the event will be Dr. N Manjula, Director, Department of Tourism, Government of Karnataka.

Dr Manjula N, IAS 2002 batch, studied MBBS from Bangalore Medical College. She appeared for civil service exams conducted by UPSC in 2002 and stood 25th in the All India ranking and was allotted the Home State (Karnataka) Cadre. She started her career as Assistant Commissioner, Hassan Subdivision after which she worked as Director Rural infrastructure in Rural development and Panchayat Raj Department and as CEO Bangalore Rural Zilla Panchayat. During her tenure 40 Gram Panchayats were awarded the Nirmal Gram Puraskar by the Government of India for making them open-defecation-free. Then she worked as CEO of Mysore Zilla Panchayat and later went on to work as Deputy Commissioner in Chikballapur District. Prior to joining Department of Tourism as Director, she worked as Director of Municipal Administration in the Urban Development Department.

Dr. N Manjula was the master-mind behind the Photo Contest hosted by YPS in Sep 2016 in celebration of World Tourism Day. 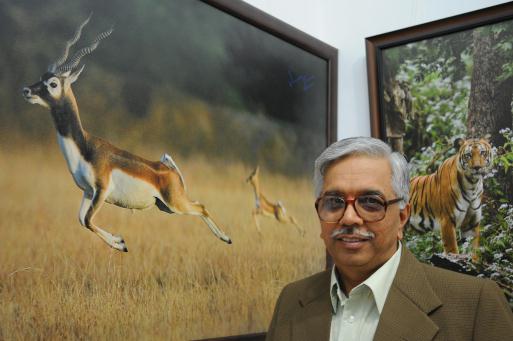 Sri M N Jayakumar, author of the book “Life in the Jungle: Memoirs of a Forester”, entered Forest Service after training at Indian Forest College at Dehradun.  He was conferred with FRPS in 2009 and MFIAP in 2010.  Read his interview on JLR Explore.

All are cordially invited. Please join us at the venue ahead of time.

On the eve of Wildlife Week for 2016, YPS is glad to honour the following veterans of Wildlife Photography. 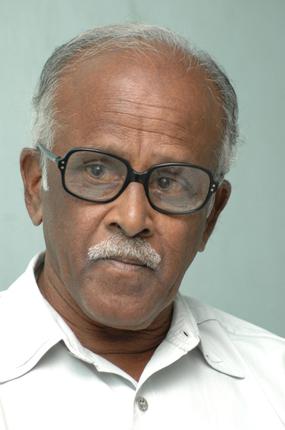 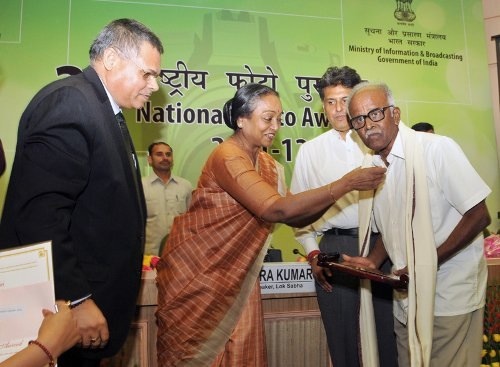 Prior to this he had won  more than 200 awards from various Salons and National and International organizations. Here are a few of them:

He also authored and co-authored several books including “Photographing Wildlife in India – a Field Guide for Photographers”, “Encounters in the Forest” co-edited with Sri. M N Jayakumar, and more recently in 2015, “South Indian Butterflies – Field Guide” along with Mr. K. Gunathilagaraj, Mr. K Jayaram and Mr. M Ganesh Kumar. Mr. TNA Perumal is a Honorary Member of YPS and a staunch supporter. 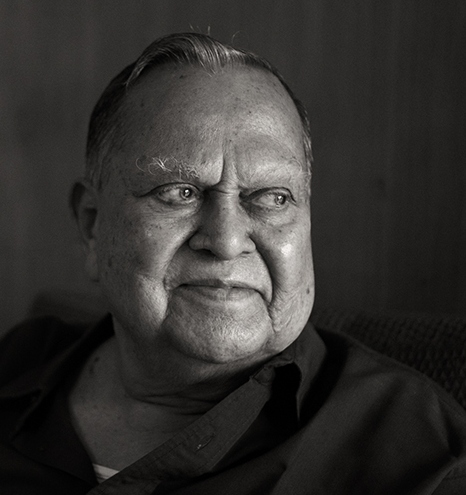 “To achieve anything in life, one must first work towards conserving nature. This is what I tried to do during my service. I consider bringing Project Tiger to Bandipur way back in the 1970s as my first achievement.”, said Sri. Neginhal while accepting the 7th E. Hanumantha Rao Wildlife Photography Award in 2012. Without a doubt the wildlife conservation projects that he initiated and managed during service have saved many forests and endangered species and created awareness and opportunity.

He did his Diploma in Advanced Wildlife Management from FRI Dehradun and worked for 36 years with Karnataka Forest Department. He had managed all the sanctuaries we know today in Karnataka, including Bandipur, Nagarhole, Ranganathittu and B R T. Apart from Bandipur, he literally “discovered” Kokrebelur Pelicanry.  “It was sheer luck that I chanced upon the pelicans, then an endangered species, at a water body, when I was coming back to Bangalore from Mysore”, said Sri. Neginhal speaking of Kokrebelur.

Apart from these, he also managed the Project on  “Conservation oriented Eco-Tourism at Daroji Sloth Bear Sanctuary”. Towards later part of his career he also worked for conservation of trees. He has several publications to his credit including Sanctuaries and Wildlife of Karnataka published in 2009. 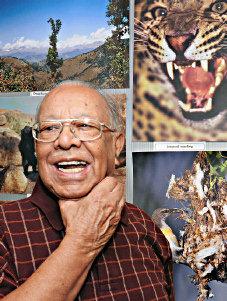 Sri. Vivek Sinha is a shining example of passion for wildlife photography. “Sri. Sinha’s interest in Wildlife Photography is in his blood”, said Dr. APJ Abdul Kalam speaking of the work done by Sri. Sinha and his wife Smt. Arati Sinha.  Since childhood, wildlife conservation and photography have been his over-powering fascination and he spends all his leisure and vacations in the jungles. His first interaction with wildlife was as a hunter, but he soon put down the gun and, instead took up a camera. His wife, Arati, has been his constant companion and partner in his favourite occupation. They have visited almost all the major parks and sanctuaries of India many times over.

The husband and wife team now devote full time to wildlife photography, study of wildlife behaviour, conservation, and writing features on wildlife. He has written two books, “The Tiger Is A Gentleman’, and “The Vanishing Tiger” published by Salamander Books. London. He has given a number of talks on Wildlife in India and the USA.

His pictures have been widely published, some on the cover of books. He was awarded Associate Fellowship of the Royal Photographic Society in 1989 and the ‘Wildlife Photographer of the year 1992, runner-up award’ in the International competition organized by BBC and British Museum of Natural History, London. 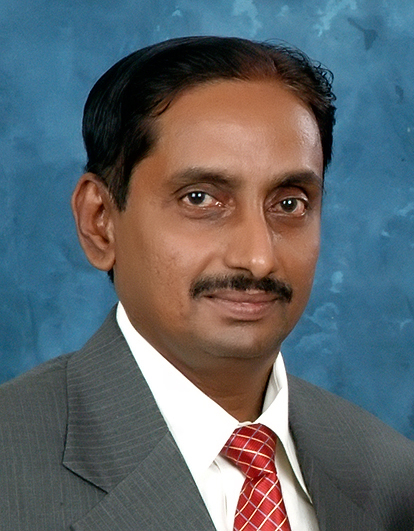 Sri. Allama Prabhu is a dedicated wildlife photographer with many distinctions to his credit. As icing on the cake, he also received the “Karnataka Rajyotsava Award” in 1989. He has more than 45 years of experience in the field of photography. Some of his popular works include, the series on River Tern in various activities, Egrets in flight and Wild Ass on the run in Rann of Kutch. His philosophy is to capture authentic wildlife coupled with artistic approach when it comes to Wildlife Photography.

He is a pioneer in organizing wildlife workshops since 80’s to educate people in conservation of forests and environment. He began conducting numerous workshops on regular basis in Bandipur and Nagarhole along with other veteran photographers which attracted many enthusiasts all over India. He has been on the panel of judges for many National and International salons.

Besides his personal achievements in photography, he has been providing quality services in processing of films, digital prints and Museum quality fine art prints for photographers globally over 35years. He has been internationally recognized by Kodak for his dedication and quality of services in photography.

In the year 1952 with a view to preserve the fauna of India, particularly to take urgent steps to prevent extinction of any species, the Government of India established an Indian Board of Wild Life (IBWL).  The Board has since been doing pioneering work to arouse public consciousness in favour of wildlife preservation.

From time immemorial, our wildlife has been closely associated with our legendary beliefs and our folklores, with our epics and our history. Our lives would be very much poorer without these varied forms that build up the balance of nature. Wildlife preservation in fact implies active and planned wildlife management under which all forms of life would progress side by side with human progress, each in its own sphere of influence and utility and without any detriment to human interests. In fact, it is with this end in view that wildlife sanctuaries and national parks have been established and developed in suitable localities all over the country.

In order to arouse a general awakening in the common man in favour of protection of wildlife, the Indian Board of Wild Life (IBWL) decided to observe the Wildlife Week and since then from October 2 – 8 every year organize different activities related to wildlife conservation to commemorate this week.

Every year around this time (October 2 to 8) governments, environmentalists, activists, educators organize different activities to accelerate the awareness of wildlife conservation among people. India, being a mega-storehouse of various species, is also able to manage several conferences, awareness programmes, and public meetings among the nature lovers. Schools and educational institutions organize events such as wildlife related movie screening, painting competition/essay writing/ debate competition for young children with wild life as the theme.

Bangalore has the largest community of Wildlife Photographers. To celebrate wildlife and its conservation, YPS will be celebrating Wildlife Week with a function on October 2nd.