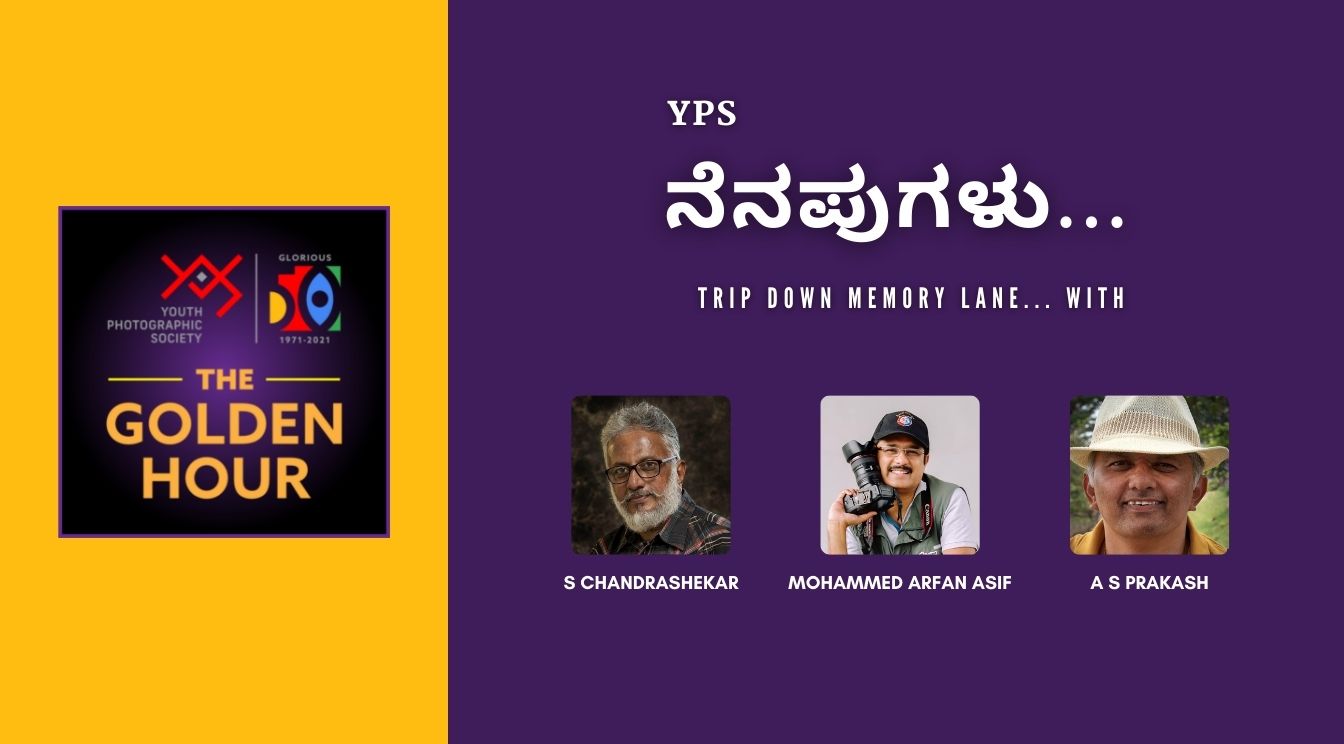 As you all know that YPS is in its 50 years of existence and as a part of the Golden Jubilee Celebration this Sunday 12 Sept 2021, we are coming up with YPS Nenapugalu, Trip Down The Memory Lane.

This will be a unique program where our President, Shri. H Satish will be in conversation with three Sr. Members S Chandrashekar, Mohammed Arfan Asif and A S Prakash to delve into the Sr. Members Nenapugalu (Memories) since 1971. 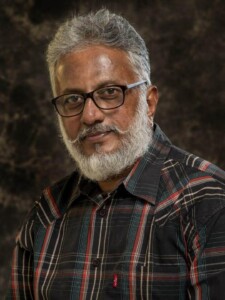 Chandrashekar, joined YPS in 1986 When he visited one of the YPS Photography Exhibitions held at Venkattapa Art Gallery. At the exhibition he met Mr.H. Satish, Mr.M.S. Hebbar and later he got acquainted with other senior members like Mr.K.S. Rajaram, Mr.A.K. Raju who influenced him to take up Photography as a hobby and got into serious amateur photography activities, He has participated in several national and international salons, won awards and certificates of merit. He also got his AFIAP distinction in the year 1993.

He has served YPS as the treasurer during 2016-2018 and during 2018-2020, when he was re-elected to the executive committee. Earlier during 1990, he was the joint secretary, in 1991, secretary and in 1996, a director of YPS. He had worked in the YPS national salon organizing team as a member in 1992 and as secretary in 1996. YPS honoured him with the Service Award. Chandrashekar is also leading the YPS Macro Photography 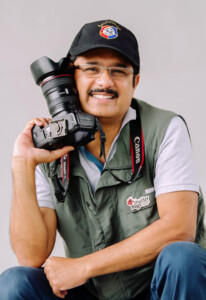 Asif is a hospital pharmacist by profession and a photo-artist by passion. His photographic journey began in the mid – 80s in his native Bengaluru in India. Asif’s photographic subjects are portraits and landscapes with a preference for the monochrome medium. He has exhibited his photographs regularly in photography exhibitions and galleries all over the world in more than three decades of intensive photography and won many awards including the grand prix in Serbia, FIAP Blue pin badges for best author in salons, Trierenberg gold medal, Photo of the Year in Germany, Al Thani gold medal, among 850+ awards spread over 66 countries. Asif has been awarded International photographic distinctions from various organizations with the first being the Associateship of The Royal Photographic Society in 1994 apart from, Fellowship of The Royal Photographic Society (FRPS), Master distinction of Photographic Society of America (MPSA), Excellence Platinum of Federation of International Photographic Art (EFIAP/p), Master distinction (MICS) and Grand World Photographer (GWP.ICS) of Image Colleague Society International, Master distinction of International Union of Photographers (MIUP) and c*MoL from Master of Light Association. He has also been awarded 14 Honorary titles by different photographic organizations which includes the Associate of Photographic Society of America and the Honorary YPS from Youth Photographic Society. He has also been the Secretary of YPS for two terms in the early 90s. He has been a regular writer, columnist, lecturer, analogue darkroom printer and a jury member for various photo contests. In the year 1997, he instituted the Askary Awards for photography to encourage the youth in his state Karnataka. Since 2009 he has been mentoring 100+ enthusiastic Shutterbugs in Dubai, United Arab Emirates, where he is presently located. 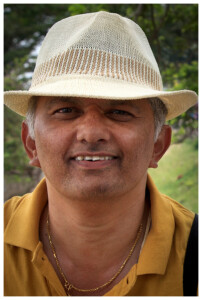 Prakash during graduation was introduced to YPS & photography by his uncle Sri T S Srinivasa Rao, in the year 1986 did a basic course in YPS & started as a hobby after graduation as he was jobless pursued photography as a profession did extensive wedding photography & some corporate assignments to fund his hobby after seeing pictures of eminent photo artists started seriously making pictures than taking pictures , participated in many national & international saloons under the guidance of H.Satish who is a dear friend philosopher & guide, had a few successful run in with awards & certificates in nature prints/slides  then he shifted to nature slides, he has won few awards from Lucknow camera club, PSI Bombay, PAB Bengal, NEPA assam, KAPS Hyderabad, BPS Bihar ,The ADLABS trophy from PSI Bombay, The best wildlife award from Mumbai & Karnataka Forest Department wildlife award in 1996.

During his active tenure in YPS from 1988 to 1997 worked extensively for the club towards conducting workshops, outings, national & international saloons, was associated in FIP convention held in Bangalore & was secretary for YPS silver jubilee event he has been the secretary of YPS for two terms.

He has travelled extensively in & around the country under the guidance of H.Satish was most memorable & dangerous ones,  be it entire Karnataka, kaziranga, Gujarat , Kerala, FIP convention & Corbett to pursue his photography visiting all sanctuaries, some his  works were published in Vijaya bank & Raheja group calendars in the year 1996 & have contributed to the book “Encounters in the forest”, In 1997 December he met with an accident while returning from Bannerghatta & was out of action for almost a year which changed the course of his life from hobby photographer to IT professional.

He is currently working in Starcom Information Technology Ltd as G.M. Operations & H.R., giving rest to his photography for now.