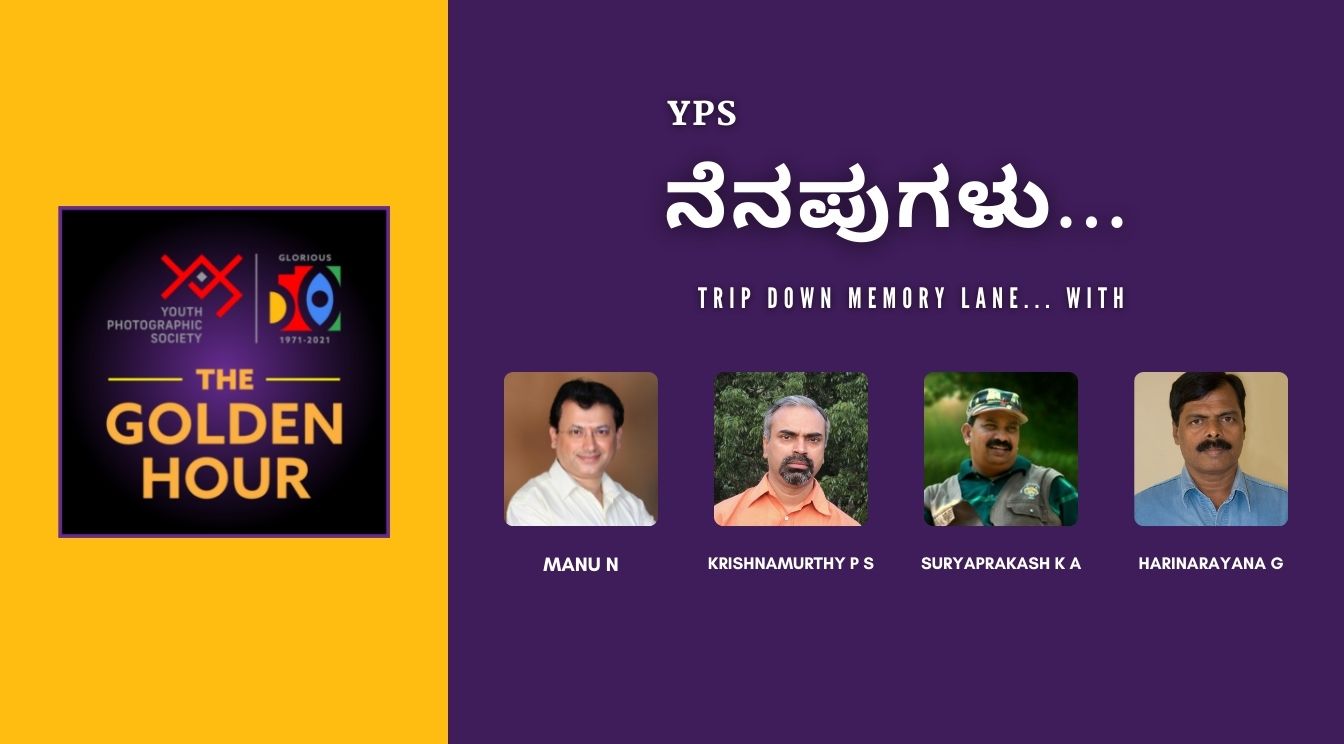 As you all know that YPS is in its 50 years of existence and as a part of the Golden Jubilee Celebration this Sunday 17 Oct 2021, we are coming up with YPS Nenapugalu, Trip Down The Memory Lane.

This will be a unique program where our Vice President, Shri. S Chandrashekar and our Secretary Shri. ManjuVikas Sastry V will be in conversation with three Sr. Members Manu N, Krishnamurthy P S, Suryaprakash K A and Harinarayana G to delve into the Sr. Members Nenapugalu (Memories) since 1971. 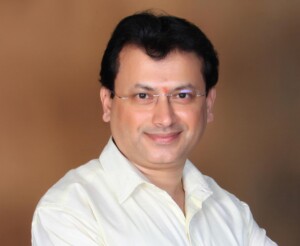 Manu N was born on 19th of August 1974 in Bangalore to L. Nanju & Suvarna Nanju. His father, served as an Assistant Director in Fisheries Department, Govt. of Karnataka and Mother, is an housewife. Coming from a well-to-do family, he had all the encouragement and support.

His passion for Photography started when he was in high school. This became his hobby since 1993.His parents never discouraged his interest, in fact encouraged it to grow. In 1999, he completed his Diploma in Cinematography from Government Film & Television Institute, Bangalore.

His career in film industry started in 1995 as an Assistant Director (Trainee) in a Kannada feature film “Thaayiya Runa” directed by Mandya Nagaraj.
In December 1996, he took up a 3 years diploma course in Cinematography at Government Film & Television Institute, Bangalore and passed out with distinction in December 1999.
His diploma film “Manassu”, in which he was the Cinematographer & Director, was shot in 16mm and the final print was blown up to 35mm. In fact this set a milestone in the college, as he was the student in the history of the college to submit a diploma film in 35mm print format!
In 2001, he joined E-TV Kannada television channel as in-house production cameraman. Here, he has worked in both offline independent camera setup as well as in multiple camera setups with live telecast. He served this organization for around two years.
In 2003, he started his own production company called “Manu Entertainment Network”. The first production was a short film in English titled “My Aim” for a competition in BBC Television’s “Young Filmmaker of the Year 2003”.
To supplement his cinematography skills, he attended “Business of Scriptwriting Workshop”, organised by National Film Development Corporation, Mumbai in January 2007.The faculty of the workshop was Mr. Julian Friedman, Joint Managing Director, Blake Friedman Literary Agency, London.
He became a member of Suchitra Film Society, Bengaluru, in 1992. Here, he has seen and appreciated feature films from different countries.

He joined YPS in 1992 month of August, he was introduced by I A BABU.  He Studied photography and videography at Bangalore. He later on served YPS as an Executive committee member and Salon committee member for many years & Secretary in 2003-2004. He was a regular participant in salons. Achieved around 250 acceptances & Awards  in National & International level including international gold medal. He was also a  Star exhibitor recognised by FIP in the year of 1994. His work appeared in Karnataka Tourism, Inflight magazine of Indian Airlines & Jet Airways. He won the Ministry of Tourism, Govt of Kerala,  award for Young Tusker taking Mud bath.  His hobby is making handicraft  & Educational projects and he won the District level and National level awards.  Some of his handicraft work exhibited in YPS annual day function. He also received Jana Seva Bharathi Trust award for social activity. A Rs.5/- stamp released by South zone Postal Dept with his passport size photograph for his professional & splendid work for Life Insurance Corporation of India.

Sri. Chayaratna Suryaprakash K A  was born in Halebeedu, Hassan Dist. Karnataka, on June 26th, 1960.   He has not allowed his age to dampen his photographic interest and even now he considers himself young as far as Photography with FOCUS LENSMEN GUILD and YOUTH PHOTOGRAPHIC SOCIETY are concerned.   Sri Suryaprakash graduated with a Bachelor of Arts during 1981 and later served as Storekeeper for 5 years in YENKAY Industries.   Thereafter, the creative artist in him prompted him to be a photographer, for another 25 years. In the meanwhile, he had taken the arduous task and founded FOCUZ LENSMEN GUILD along with a few other dedicated members for uplifting of the rural photographers. He is the Founder President of the GUILD. It was Mr. Surya who nurtured the culture of conducting regular workshops for photographers and which is continuing even now.

Mr. Surya is very interested in the Art & Science of photography. He is not a mere snap shooter, he is a well known wildlife photographer and Naturalist too. With this he established a nature club ‘’eco focuz’’ which works for nature conservation movement activities.   He has been on the panel of Jury for many state level salons conducted by many clubs across the state. He was also a working committee member and secretary of The Youth Photographic Society. He is a life member in YPS, and chairman of the International Fellowship of Rotarian Photographers India Chapter, member of Federation of Indian Photography and India International Photographic Council. He has always been a faculty member in several photography workshops conducted by various institutions such as Karnataka Photographers Association, Akhila Karnataka Video Photographer Association (AKVPA) etc. He is a permanent resource person in National Academy of RUDSETI (Rural Development & Self Employment Training Institute) founded by Dr. Shri D. Veerendra Heggade, Dharmadhikari, Dharmastala and Deshpande Rudseti, Haliyala. With his rich contributions, more than twelve thousand candidates are well settled in photographic field all over Karnataka and he is very much proud of this. He was awarded in National and International salons. He bagged O.C. EDWARD Memorial Award for best mammal picture at Andhra Photographic Club, Vijayawada. He was conferred with “CHAYARATNA” Citation and honored for his tremendous contributions. He was awarded Lifetime Achievement in the field of photography on World Photographic Day 2007 by AKVPA. He was also awarded with The Certificate of Excellence for his Noteworthy Achievement in Photography in the year 2012 from Sri Raghavendra Swamy Mutt – Manthralayam. 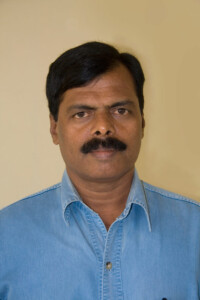 He is Agricultural Engineering Graduate, joined YPS in 1992 as an Individual member, then became life member of YPS. He has served as Executive member, Treasurer, Secretary, FIP Representative and as Salon secretary.  He was member of 15th FIAP Nature Biennial World Cup organizing committee.  Harinarayana is  interested in Wildlife/Nature photography and Pictorial photography. He has travelled length and breadth of India, visited many wildlife sanctuaries for photography, including Sanctuaries in Kenya and Tanzania, participated in photography competitions and won more than 125 National/International Awards and certificates, and twice listed as India’s TOP TEN EXHIBITOR in Nature category. He was Awarded associateship (ARPS), BY Prestigious Royal photography Society of Great Briton for the achievement in NATURE PHOTOGRAPHY in the year 2000. Also served as jury in National Photography competitions. Documented a short film (script and direction) about the “SUCCESS STORIES OF BENEFICIARIES OF THE BANK” which won the “SECOND BEST SHORT FILM” award at the National level.

He is Amateur Radio Operator called HAM since 1982, having own radio station at home, Provided Communication Support in many National & International events.

He also likes trekking & climbing and, trekking is his passion, to keep himself healthy and fit.  He cultivated the habit of Trekking and climbing at the early age. He has trekked almost all the major peaks in Karnataka, and climbed “Pinardi glacier” one of the big and steep glacier lies on the south east of Nanda Devi situated at an altitude of 3800 mts. Also successfully climbed “Mount Kilimanjaro” is a dormant volcano located in Tanzania, east Africa the highest peak in Africa and the tallest free-standing mountain in the world, rises to 5895 meters. The major achievement is, most climbers take 7 to 8 days, and he climbed in 6 days, this was achieved after his retirement at the age of 61 years.