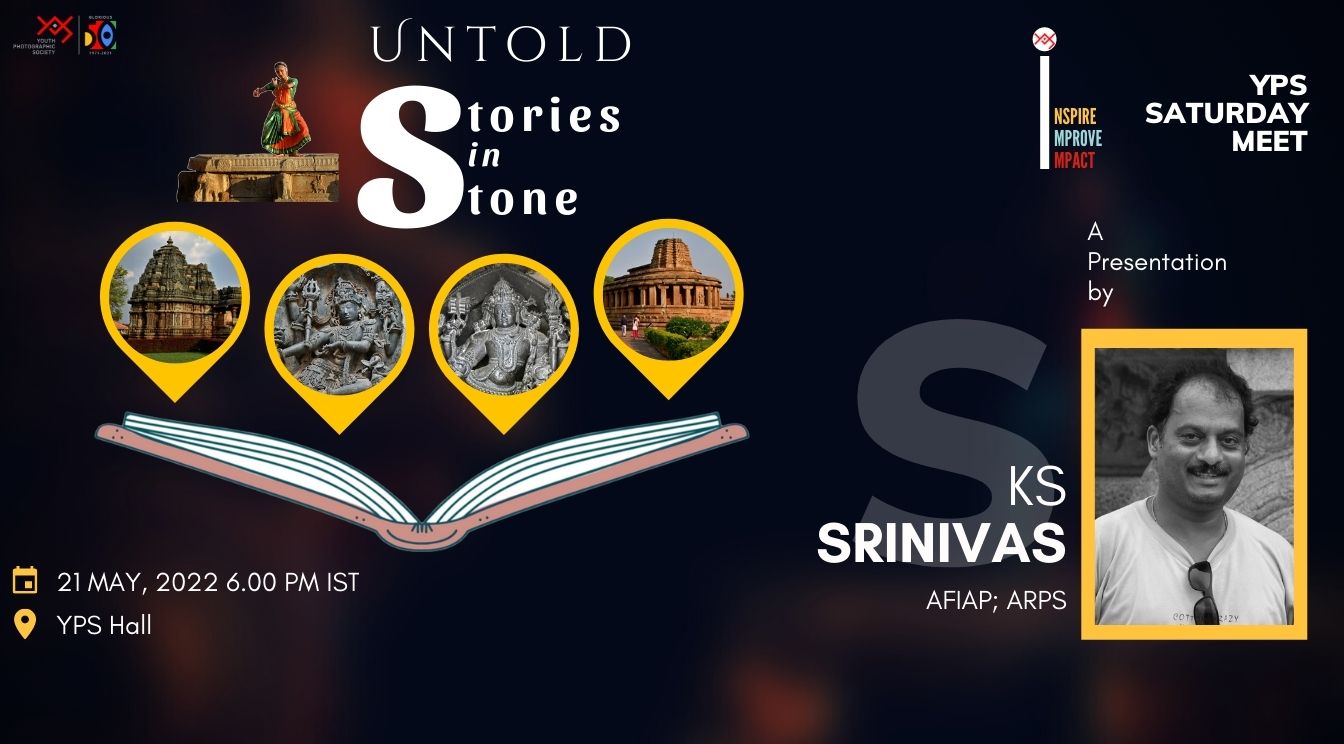 Karnataka has a rich heritage of temple sculpture from the Chalukya to Wodeyar dynasty.  These temple sculptures tell us Stories in Stone.  The keen eyes of a photographer brings these magnificent stories to life!

Mr K S Srinivas brings forth to you the Untold Stories in the form of Shilpakala from Karnataka. 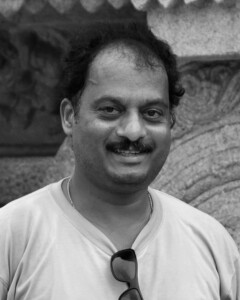 K S Srinivas was born in B Narayanapura, Bangalore, India. Right from his younger days, Srinivas was keen on photography as his career. At the age of 22 he started his own studio at K R Puram in Bangalore.

Though he began photography for his livelihood, soon due to deep concern for nature he took freelance photography and started sending his highly creative works to various national and international competitions and exhibitions. In a very short span of time he carved a niche for himself and won more than 30 national photography awards in addition to getting a gold medal in 2000. In recognition of his achievements in art photography the International Federation of Photographic Art, Luxembourg has chosen five of his photographs to be archived with them permanently and awarded him AFIAP in 2004. This award was his first international break and these five photos are Srinivas’s claims to fame.

Srinivas founded Focus Academy of Art Photography in 1996. He conducts wildlife photography tours and workshops. In 2017 he instituted the TNA Perumal Award in memory of his guru TNA Perumal. He was awarded Karnataka’s prestigious Lalitha Kala Academy Award. He was awarded with ARPS-Associate of The Royal Photographic Society, Great Britain in 2019 for his contribution in Natural History photography. He is a multifaceted artist, poet and freelance writer by hobby.

While there are some relaxations to curfew times, we are still required to follow all the precautions that the Government of Karnataka has prescribed. Here are a list of protocols that the visitors must adhere to: