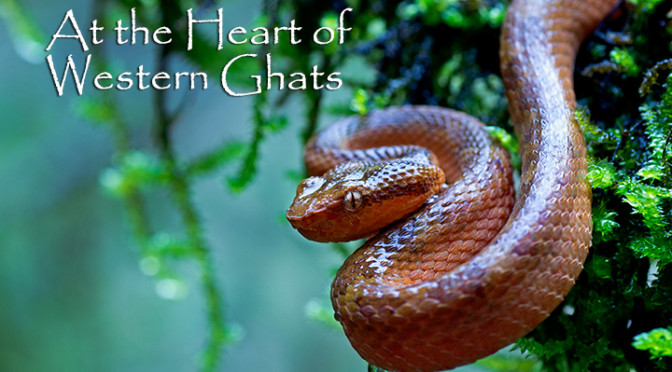 On May 20th, the participants went through a virtual experience of trekking through the Heart of Western Ghats, and through the forests of Assam and Meghalaya, when Mr.Uday Hegde showcased his mesmerizing photographs.

The session started with Mr. Satish H, President, YPS giving a brief about Western Ghats and about the diversity of nature it has in its folds and then called upon Mr. Uday Hegde to unfold the same through his pictures.

The colors and contours of Western Ghats captured by Mr. Uday Hegde displayed the passion and love he has for nature.  The participants got a feeling of being inside the lush green forest enjoying the fragrance of freshness offered by nature, when Mr.Uday unfolded his pictures in front of the audience.  He had a story to tell about every picture, like how he captured them and what made him to capture.  It was interesting to listen to his narration of the efforts that went behind making those pictures.

It is a general feeling that pictures of nature or a scenic location will naturally come out good irrespective of who takes them and that one just needs to have right equipment. But those who attended the presentation realized that that is not the case.  Mr.Uday Hegde did not take pictures but made his pictures by first selecting the right location and being there at the right moment to capture the nature at its best, be it the colorful clouds when the sun was rising or setting or the glowing colors of tree cover and smoothness of flowing streams and waterfalls.  It was a visual treat for viewers and the pictures were well appreciated by active interaction the audience had by asking him as to how he managed to get such breathtaking pictures.

Mr. Uday Hegde being a nature lover enjoyed sharing his experiences of treks he undertook to capture the pictures.  The tips he gave will be useful for every person who plans to make a trip into wilderness of Western Ghats.   His statement that “one has to visit Western Ghats during monsoon if he needs to capture the best pictures”, gave rise to lot of questions as to how to brave the weather, overcome the fear of leeches and how to protect the  equipment.  He made it clear that to get something worthwhile one has to venture with adequate preparation and should be willing to tackle all the hurdles that he/she may come across.

Even as the participants were in a trance after seeing his pictures Western Ghats, Mr. Uday Hegde started unfolding his collection of pictures of snakes and reptiles.  This section took the audience to entirely different arena and they were awestruck with the lovely and colorful pictures of snakes.  He showcased different species of snakes, which included some of those yet to be identified.  Before one could ask as to how he managed to capture pictures of so many snakes, let alone identify them, he made it clear that he makes sure that an expert snake handler accompanies him during his trips and also warned that one should never take risk of any kind with these reptiles.  The information that he shared about various snakes and their behavior was quite vast and displayed the depth of his knowledge and his interest in acquiring them.

The pictures displayed left the audience gasping for breath and it was evident that every one present there enjoyed the show and appreciated the efforts of Mr. Uday Hegde.  Lastly, he came up with some stunning images of tiny world of insects and butterflies.  The sharpness of the images, lighting, composition and the perspective showed the creative side of Mr. Uday Hegde.  He explained as to how a simple and tiny subject can be made into an interesting visual treat.

The 40 odd members present had a real treat as they got to view some of those pictures which they cannot even be imagined and enjoyed the show thoroughly.  Thanks to the Rain God, the session extended well beyond the normal closing time of 8.30 pm to the delight of the participants. The participants had many questions and Mr. Uday Hegde obliged everyone by giving replies to their satisfaction.   At the end of the day it was a memorable YPS Meet, having showcased the young and growing talent of Mr. Uday Hegde, a proud of member of YPS.