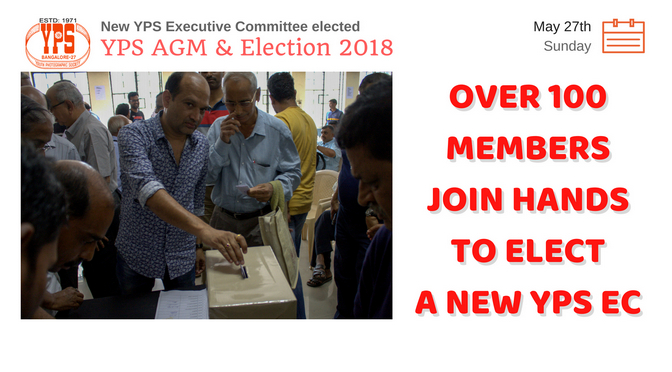 Youth Photographic Society scaled new heights of participation and purposefulness on May 27, 2018 in one of the most memorable Annual General Meetings in the history of YPS.

Isn’t that a wonderful demonstration of how vibrant YPS has become and how members demonstrated serious interest in the way YPS functions and grows.

YPS Executive Committee thanks all the members for demonstrating their solidarity.

The Annual General Meeting started at 10:15 AM with around 25 members already assembled. Due to lack of required quorum, the meeting was postponed by 30 minutes to start the proceedings at 10:45 AM.

The Meeting went through the proceedings as per agenda starting with the President welcoming the members to the AGM. In his address, Shri. Satish highlighted the achievements of YPS in the last two years ever since the committee took over in 2016. 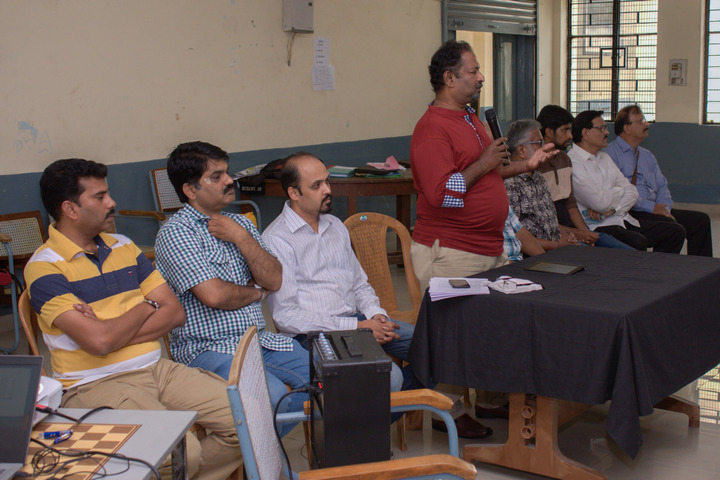 The Secretary, Shri. Manju Vikas Sastry V read out the Secretary’s report and provided details of the events conducted during the year starting April 2017 and ending in March 2018. 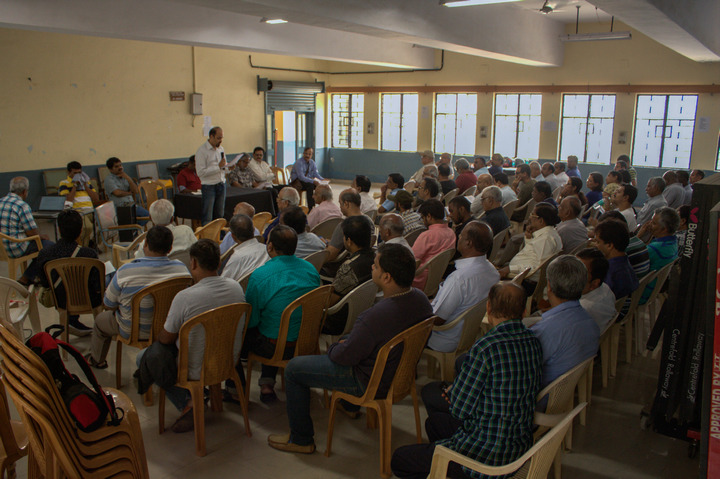 There were many deliberations on the financials and other functioning aspects of YPS which would be published to members in the form of Minutes of Meeting of the Annual General Meeting.

The Returning Officer Shri. B S Rajagopal took over and explained how the election would be conducted. He then took the help of volunteers to use the attendance register to distribute the Ballot Forms to the members. 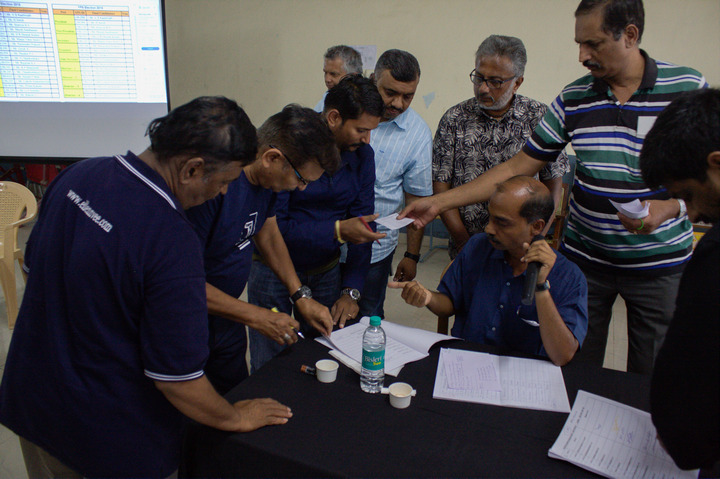 Since YPS dis not offer any means of canvassing to members, Shri. B S Rajagopal provided 5 minutes of time for each team contesting for YPS EC positions, to address the members present and canvas for votes. 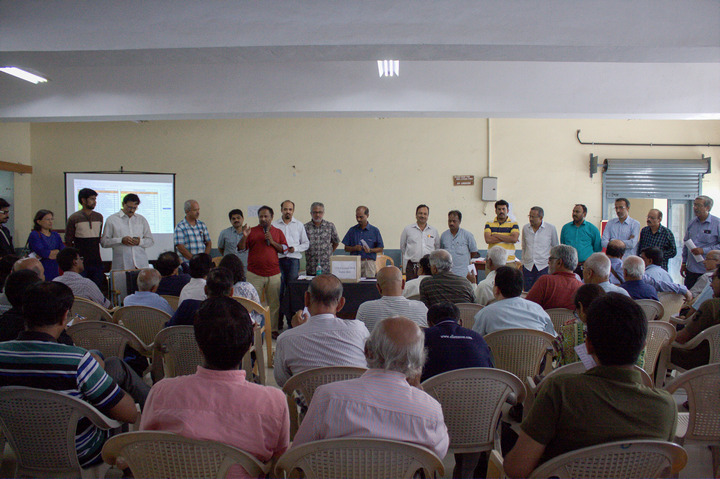 This was followed by casting of votes through secret Ballot using the Ballot paper distributed. Members made their selections and dropped the Ballots in the Ballot Box. By this time it was already close to 2PM and the members left for lunch at the nearby Nisarga Hotel while the ballot box could be opened and the votes counted. 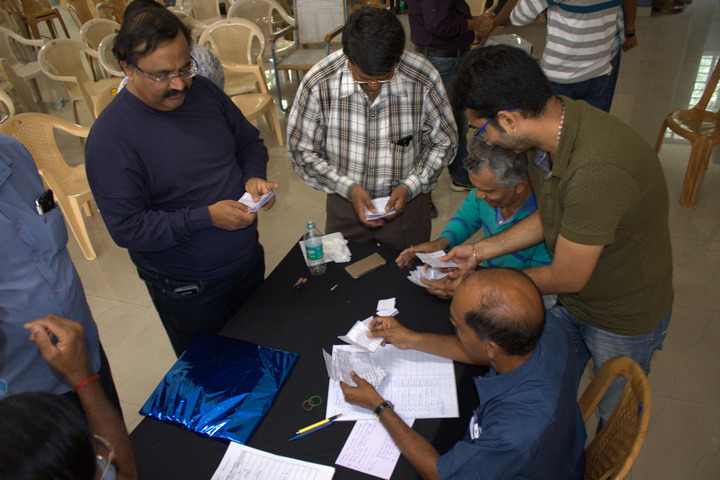 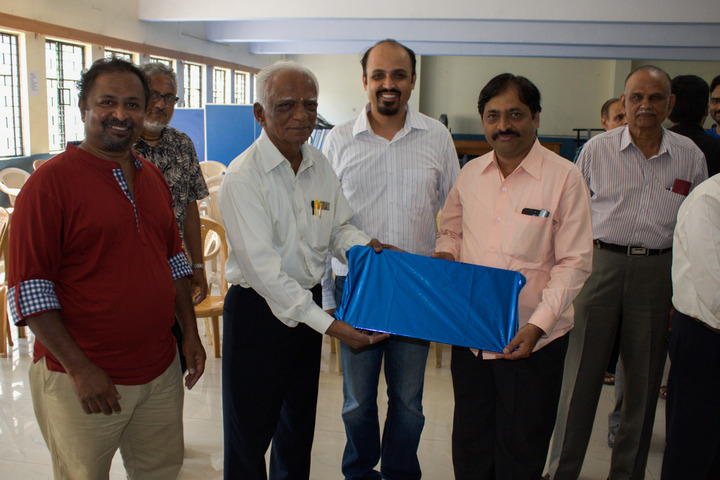 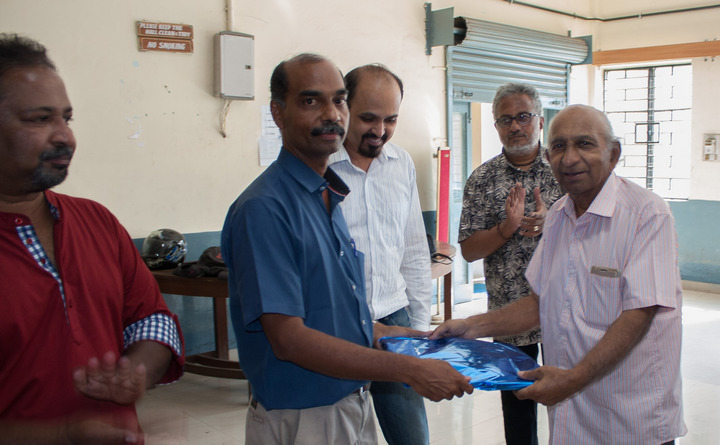 It was wonderful to take a Group Photo of the new YPS Executive Committee squatting in the front backed by senior members of YPS providing a staunch support with the large number of other members standing in solidarity.

The newly elected YPS Executive Committee thanks all the members and solicits complete and continued support to YPS Programs and operations.