An open judging event of the YPS 34th All India Digital Salon of Photography 2016 was held at JP Nagar Cultural Club on October 15th & 16th as per plan. To maintain transparency and fairness, YPS Salon Judging is open to participation by public. Persons attending the event can view the pictures being scored and will be able to see the scores live. They can witness the way judges look at shortlisted pictures to pick up pictures for awards. The recommendations of Judges were immediately announced at the venue.

The Salon had judges traveling from Vishakapatinam and Chennai. Due to unavoidable personal reasons, some of the judges initially identified could not join. The Salon Committee was able to find equally competent judges as replacement. Here is the final list of Judges.

The judges spent meticulous amount of time evaluating the pictures to finalize the results working up to 10:00PM on the last day.

YPS extends sincere thanks to all the judges for their contribution and commitment.

A Big thanks to YPS Members and Public who turned up in large numbers to witness the judging process.

A Big Thanks to the YPS Salon Committee, Executive Committee members and volunteers who helped in organizing the event.

As you may be aware, this is the first Digital Salon being held in the history of YPS. This is an All Digital Salon where entries are accepted only over internet. A completely new web-site for the Salon was created with abilities to register and post pictures under each category. The pictures are checked for size to conform to Salon rules before they are accepted on the web-site. Payment for Salon participation is done through online Bank transfers to the Salon account.  A contact us page helps participants to raise any queries or seek help. They can also do so through emails and numbers published on the Salon website. The details of awards and Terms and Conditions are also available online.

To complement the All Digital Salon participation, YPS also created a state-of-the art online judging system and used the same for the judging process. 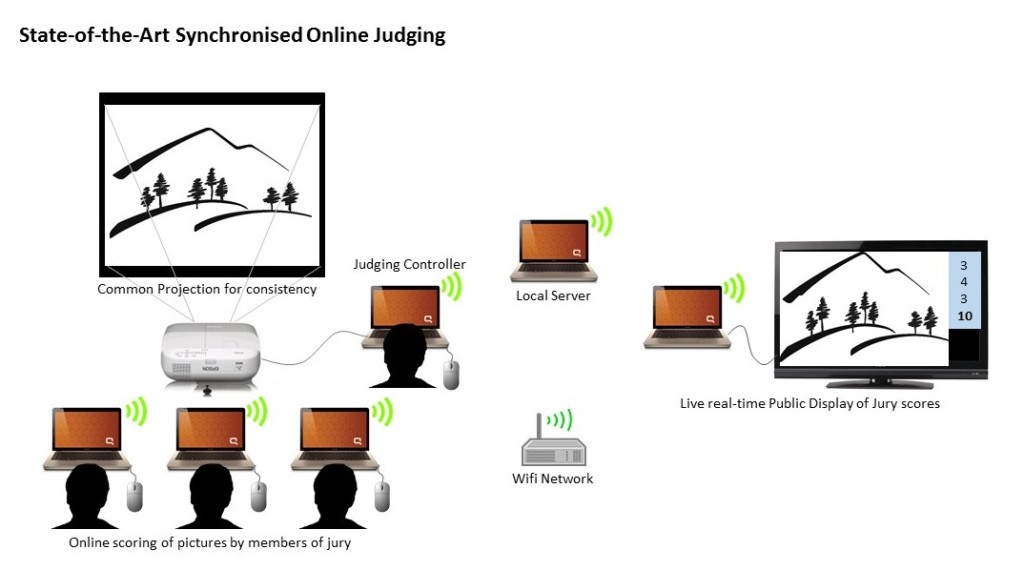 This being the first time such a system being used in YPS, YPS also took abundant precaution to capture the scores displayed on paper to validate the scores captured in the system.

But for a few minor glitches and some occasional performance slow down, the entire system worked perfectly. The system was completely developed in-house by YPS and is now owned by YPS for future similar salons and contests. A few improvements have been identified by YPS which we will be taken up for future contests.

The system has modernized the judging process and also saved enormous amount of paper used for capturing scores.

Who are the winners

This is the question that is on everyone’s mind. People who attended the judging process would have already heard of the names recommended by Judges. But the task does not stop here. The Salon Committee also need to finalize list of Acceptances and winners for some of the overall awards.

The published date for announcement of results is October 28th.

Till then please wait with bated breath.