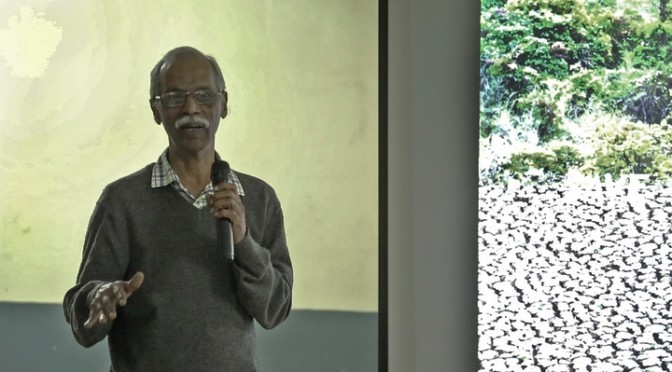 YPS concluded a yet another engaging program on the evening of December 17th, when Mr. Nagaraj, the Butterfly Magician shared his wealth of knowledge and stunning pictures on insect life. The entire audience of 30-35 people stayed for the entire duration of 2.5 hours and that is a testimony to the interest created by the program. The event was also attended by members of Bangalore Butterfly Club. We thank the members of the Bangalore Butterfly Club for joining the program. Here is an account of the evening narrated by Ms. Mamatha Srivathsa, YPS Member.

An evening with the butterfly whisperer

When we assembled to see the presentation by Mr.Nagraj, none of us had any clue about what was in store. On any given day, one would expect a macro photography presentation to have 100+ images with tips and tricks on getting the macro perspective right. What you would least expect is a revelation of Mr. Nagraj’s passion for conservation of nature and bio-diversity, and what a moving message he conveyed through his compilation of 500+ images!

Mr.Nagraj’s presentation excelled in his depiction of the life of his macro subjects. He not only captures the pictures of the tiny world following the thumb rules of macro photography, but also adds his additional signature touch by rendering an artist’s perspective to the result. The presentation covered the whole gamut of macro living beings like spiders, moths, beetles, ants, bees, wasps, butterflies., etc. and included some rare species. It was enlightening to sit through his collection that showed the entire lifecycle of some of them. He showed us some rare moments of some of the insects, like emerging from the Pupa, which would have taken us a lifetime of observation to witness. 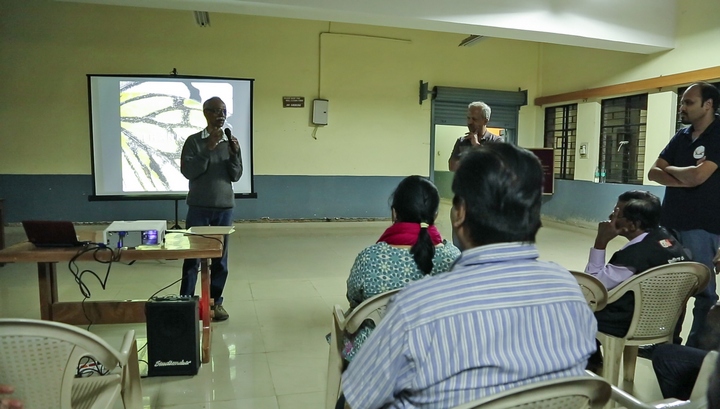 He had willingly included images that even depicted the natural habitats of animals. He spoke in details about the inter dependency of animals and nature and how the balance in nature is being interrupted by the greed of the humans. All the images of the presentation were taken in and around Bangalore.  He illustrated how animals change their form to suit the surrounding habitat, temperature and weather. It was painful to see deformed butterflies that are a result of pollution and poisoning of atmosphere.

Mr. Nagraj has been a keen enthusiast in understanding the lifecycle of the macro life. He emphasized on the need of relating to the habits of the insects to capture better images. It was enthralling to listen to his narration of a bug’s daily routine and moods in a day. Also, his explanation of how animal behaviour and seasons were related left us wondering how deeply involved he is in understanding lives that most of us choose to ignore. He not only recognizes the macro life with their common names but also with their scientific names and the little differences between the variants in the same species.

In his own words, macro photography is one of the hardest genres of photography which is physically demanding and requires very deep connect with nature, but is equally gratifying to see and capture a world that’s not easily visible to the naked eye. Mr. Nagraj’s presentation illuminated our minds with the never-seen-before pictures of the tiny world, and left us asking for more such presentations from him.

The presentation was much appreciated by the participants. They were awed with the depth of knowledge and many mentioned that they had wasted their own life recording other events and life forms.

A BIG THANK YOU to Mr. Nagraj who insisted on including a large set to images so that the audience could enjoy the session better, and stood for the entire duration of 2.5 hours to present his favourite subject!! 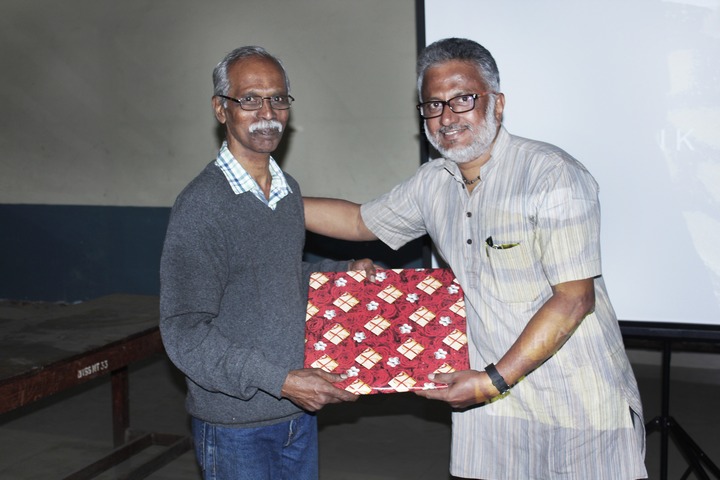