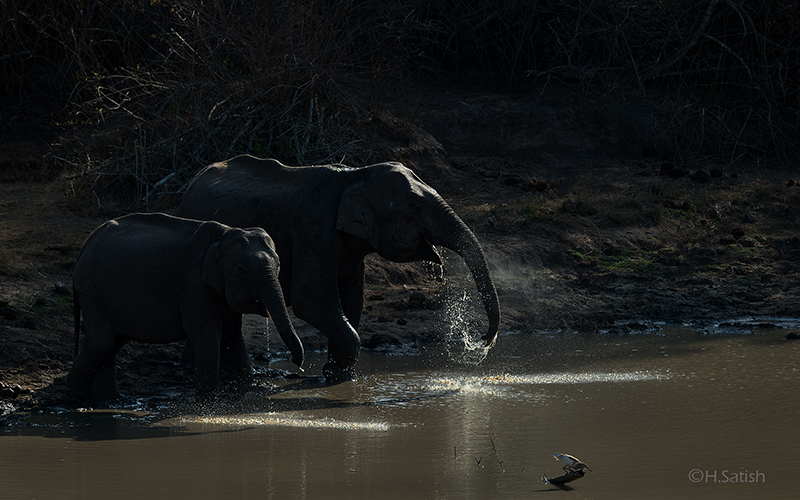 The Member Photo Appreciation April 2017 program on April 2nd is a good example of how learning never stops at YPS. Conversations with participants as well as with the senior critics showed that there is learning at both ends and demonstrated that learning can only happen through sharing.

The program was attended by over 30 participants. 5 members had brought their photographs to be viewed, appreciated and analysed. The panel of critics consisted of YPS Vice President Shri. K S Rajaram and Senior Pictorial Photographer and the 2016 Karnataka Lalitha Kala Academy Award winner Shri. K S Srinivasa.

Aspects such as light, composition, subject placement, focus, story telling aspects and post-processing were discussed in detail. Mr. Srinivasa spoke about aspects of lighting and drew the attention of the members to expressions of human subjects and the story telling value of pictures. Both the judges brought out the importance o the emotional appeal or the “heart & soul” of the photographs. The discussions provided an in-depth understanding of how to capture the emotions of subjects, especially children without just photographing “cute children”. As an example, a picture of a smiling aged lady was reviewed. The critics explained how the emotional quotient of the picture would have shot up, had the lady was smiling at a child rather than smiling into the lens.

Mr Rajaram not only pointed out the positive & negative aspects of each picture, but also spoke about how it could be improved. He suggested methods and ways by which visual aspect of the picture could be improved. He also suggested to the photographer to attempt to shoot the same picture again or process the picture again based on his suggestions to understand the difference.

Mr. Rajaram also pointed out the aspects, which qualified pictures for salons and also explained what salon judges look for in pictures, in different categories. When questioned by a member about the difference between Landscape & Pictorial, Shri Rajaram explained the difference, with examples of pictures that were reviewed on that day.

Suggestions for better compositions based on how a human mind perceives a picture and techniques used by photographers to retain attention in the picture were also discussed in detail. Mr. Rajaram, without hesitation, shared his years of knowledge to make the participants understand the aspects of good photography.

Time had been a constraint and only photographs from 4 members could be discussed. The members left with a wish that the session could have continued for some more time. On the whole, it was another wonderful session from YPS, for the benefit of those interested in the art of Photography. The participants certainly benefitted from yet another great session put up by the YPS Executive Committee.

YPS thanks all the participants and critics for making the program a great success. It is also a demonstration of YPS commitment to run programs planned despite the non-availability of most of the YPS Executive Committee members.