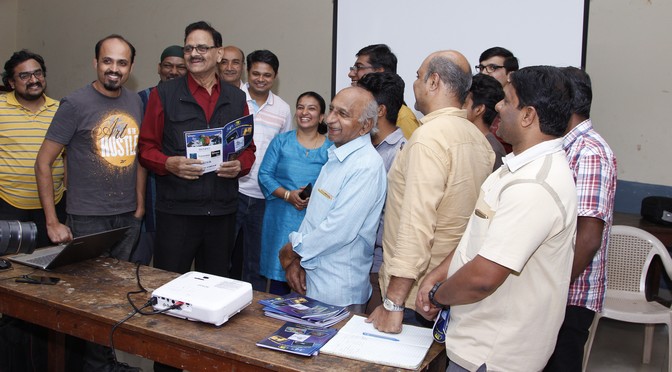 We had a very interesting and informative session at YPS this Saturday with Shri. K S Rajaram taking the participants through an enticing journey back in time to the days when pictures were taken using cameras with an 8×6 inch glass plate as film at the back and mounted on wooden tripods. He navigated through timeless Black & White pictures of the American Landscape Photographer Ansel Adams and the Canadian Portrait Photographer Yusuf Karsh. The event was participated by around 25 YPS Members.yps_meet_20180217 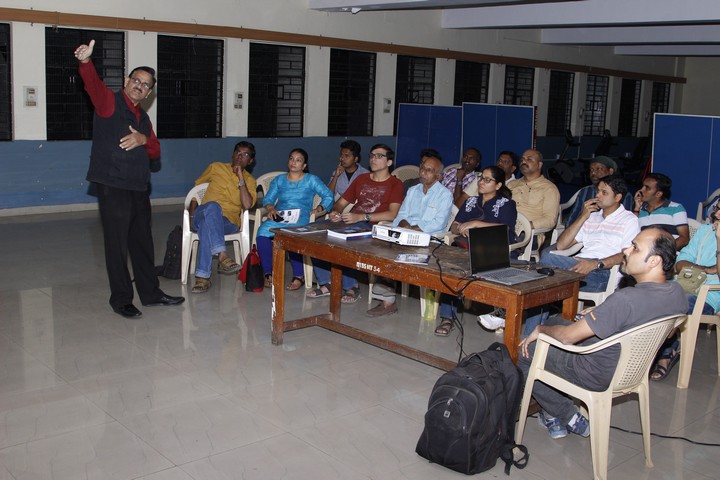 While showing the pictures, Shri. Rajaram reminisced seeing his contact prints in an exhibition in Delhi and wondered how Ansel Adams could produce such great tonality in his pictures. Later during his conversation he requested Shri. Subash Rao, YPS Member, to explain the Zone Systam that he had devised to produce pictures that he desired. Using the 11 shade Zone system, Ansel Adams could twist the scenes the way he wanted with desired levels of contrast and exposure to bring out the beauty of the subjects. His use of compositional lines, landscapes leading into the background and control of highlights and shadows during post-processing are still used by many photography schools to teach Black and White Photography.

During the conversation, Shri. Rajagopal, senior YPS Member also explained how Ansel Adams could achieve straight lines through creative use of the bellow system that was used in the large format cameras. Towards the end of the session, Mr. Rajaram obliged to explain the concepts behind some of the photographs that participants wanted to discuss and understand. Shri. Girish Mayachari wanted to discuss a couple of photographs to understand why Ansel Adams picked up those subjects leading to interesting conversation.

Perhaps no one in the history of photography had shot so many famous personalities of varied nature, say from Mother Theresa to Adolf Hitler, than Mr. Yusuf Karsh, a Canadian Photographer.  Most of his pictures of these personalities are to this day remembered by his portraits. His pictures excelled in the portrayal of the characters of his subjects looking as if they had not been posing for a picture. This was achieved by choosing the right moments to photograph and clever use of lights and post-processing techniques.

Shri Rajaram took the example of Mr. Winston Churchill to demonstrate how the picture portrayed the state of Mr. Churchill showing his anxiety of the situation he was in and the resoluteness of his nature to deal with such anxiety. Another example he took was that of Mr. Albert Einstein whose picture of Einstein is the only way people remember Mr. Einstein. It showed his wisdom and composure that no words can explain.

It was heartening to see a mixed crowd of senior photographers like Mr. Nagaraj, Mr. Hegde, Mr. Rajaopal and Mr. Prakash along with experienced and young photographers